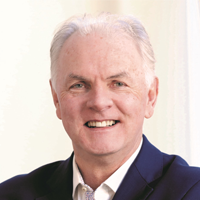 John O’Dwyer was CEO of VHI for nine years.

He has spent all of his career in insurance including the international Dutch insurance group Achmea where he was the Chief Operating Officer and Executive Director with responsibility for the life, general and health businesses in Interamerican, the second biggest insurer in Greece. John has an extensive track record in financial services and in particular, the health insurance sector which included roles such as Managing Director of Friends First Life Assurance, Director of Operations at Bupa Ireland and Assistant Chief Executive with responsibility for Claims in VHI.